I’ve read the systems of the great builders of human thought, and even the most complex of them are reductionistic. 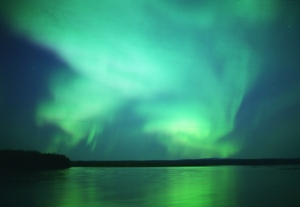 Humanity is basically rationality, or basically a free laborer, or a libido.  In the sciences, there is a dream of one day creating a unified system that encompasses all the sciences.  I think it’s a horrible idea.  In the arts, there is an unspoken dream of creating a unified system that summarizes human nature.  One day, bragged a modern geneticist, we will be able to publish you on a disk.  Equally horrible.  And impossible.  Poetry doesn’t come in ones and zeros.

There has been a creative theological debate over what it means to be made in the image of God.  Some have said that the human animal can reason, to a greater degree than other animals, which makes us special, and thus in the image of God.  A few modern theologians have said that God is three in one, a being in community, and so the imago dei is our ability to live in community with one another.  I think that fundamentality, the place where we are most like God is in our ability to wonder.  If there’s one thing in us that bears resemblance to him, that’s it.  Stars…volcanoes…rainbows…birds, remember, were all made out of nothing but God’s imagination.