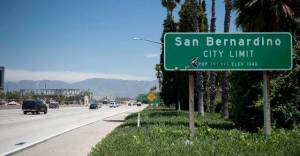 It’s strange to me that, as apprentices of Jesus, his followers don’t seem to know what tools he did and didn’t put in their hands.  If a carpenter’s apprentice goes about his work with a plunger or a meat cleaver, we would have to wonder how closely he was paying attention when he was being mentored.  Jesus mentored a group of followers for three years, and four men saw fit to capture the highlights of those interactions.  Those four documents are now a manual for being an apprentice of Jesus.

Revenge, spite, flights of self-righteous indignation, grudges, gossip, and xenophobia are not on the list.  Those are not tools that Jesus ever used, and he didn’t teach his disciples to use them either.  Worse still, he actually banned them.  So when Christians go around using any of these tools, we have to wonder by whom they are being apprenticed.

When self-proclaimed Muslims carry out acts of terror, like the San Bernadino shooting a week ago, Christians have been taught how to respond during their period of understudy.  And the master carpenter put these tools in their hands:

“Do not repay evil with evil.”

“Bless and do not curse.”

“Do not take revenge.”

“Let the one who is without sin cast the first stone.”

In the wake of horrible tragedy, self-professed Christians who speak in a way so as to undermine people groups, encourage xenophobia, and encourage a low din of resentment towards people who hold different or even counter ideologies are not following after the one under whom they claim to have studied.

The strongest tool that Jesus left in the hands of his followers was not power but surrender.  Jesus did not conclude on a throne but on a cross.  His method was not conquest but conversion.  We who follow Jesus can testify to a love that would not condone the evil of retribution by giving our lives away in love, especially to those who haven’t asked for it, don’t deserve it, and won’t say thank you.