There’s a little event that happened in 1633 which is an important conversation piece in Christianity today.  There was a guy named Galileo who studied the stars and who wanted the world to look through his new telescope.  Apparently, he said, we’ve got it wrong.  The earth goes around the sun and not vice versa.

The Catholic Church of his day was doing a little investigation of its own now called The Spanish Inquisition, in which they were forcing people to accept Christian doctrine or face torture.  They read the passage in the Bible, Joshua 10:13, that says that the sun stopped in the sky.  Well, the sun can’t very well stop if the sun isn’t the one that’s moving.  So they told Galileo to take back his doctrine, which he did. 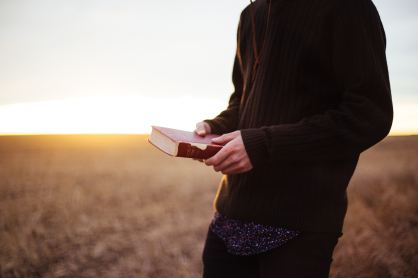 To this day, that story is told to high school students to emphasize the fact that religious legends can be destructive tools that oppose the pursuit of truth.

One of the most destructive things a Christian can do is make decisions out of fear.  Fear doesn’t help you determine facts.  And fear-based decisions will make your worldview look ridiculous to thoughtful people. We should have let Galileo’s telescope enlarge our view of the biblical text.

I want to address what I think is one of the most grave ills of the Church in this generation. And that is – that the Church is filled with educated people who don’t know what learning is for.

The standard American church is filled with people whose decisions about education have been informed by their socio-economic standing and not by their theology. We learn because it pays – through qualifications, jobs, and the consequent salaries. We don’t learn as a form of worship. I would suggest that education is not a means to a material end – it is an expression of worship.

Did God give you your brain to make money, or did God give you your brain to explore the creation that he has made, to marvel at its beauty, to mold it into works of art, engineering, and medicine, and to find him in it, because, indeed, he is not far from any one of us (Acts 17:27)? The mental life is designed for reflection and contemplation, not to be used as a tool for material gain. It’s more like an incubator than a hammer; it allows things to grow within it rather than pounding out the world around it.

I was in a two-week long retreat with Dallas Willard and twenty other pastors at the Sierra Madre retreat center. Dallas began the conversation by saying, “You often think of Jesus as loving, as holy, and as powerful. But do you ever think of him as smart? Because Jesus was smart.”

What would society look like if people saw the Christian church and immediately thought – “They really know their stuff!”? “They are truth seekers, and they are not lazy. They read. They study. They write. They teach. Their people are at the heads of every department in academia.” If it came to a debate between a Christian and an atheist, you could trust that the Christian was well-studied and not just quoting the Bible at people.

I hold out to you that that’s not just how it could be, it’s how it should be, and it could be so in a single generation, if we will take this message seriously. There are four things we can do to turn the tides on this failure, and I’ll lay those out in a next blog, but for now, I just want to impress upon you one thing: education is a form of worship.

What Will The Kids Think?

I remember going to a church camp when I was in high school, a fiery Baptist camp held in deep in the woods in the Texas hills, so that no one could get away. And I remember asking a guest preacher a string of questions about faith and science. Midway through my questions he got tired, and just scolded me, “Jim, sometimes you just need to stop asking questions and believe.”

That’s a bunch of trash.

Pursuit of truth leads to Jesus, and if you stop asking questions, you won’t end up at Jesus, you’ll end up with an idol.

Don’t be afraid of where the pursuit of truth will lead you if you believe in the guy who said, “I am the truth.” To pursue truth is to pursue Jesus.

If you want something to wring your parental anxieties out of you, try this. If you raise your kids with a kind of fundamentalism that requires them to hide their heads in the sand, one day your kids will get out in the world, and they will listen to the news, they will talk to their peers, they may go to college, and they will realize that brilliant minds have come to believe in things that are different than what they’ve heard from you.  If you tell them that the Christian faith hangs on their rejection of the findings of science, you will put them in the position of holding onto ideas so rigidly that their ideas will one day break them.  Kids aren’t leaving the faith because of Darwinism.  They’re leaving the faith because parents, churches, and pastors are telling them that Christianity and science are opposed to one another, and they have to choose either science or Christianity.  They’re going to choose the one that is most serious about the pursuit of truth.

Shouldn’t that be the Church? Shouldn’t we be the ones to love truth more than our secular friends?

4 thoughts on “Life of the Mind”