-excerpted from “It’s Like This: Visions that Help and Hurt the Church”

I discovered that the work of justice still needed to take place in my life when I was questioned by a Black friend of mine.  “What’s the experience of being White in America?” he asked me.

I shrugged.  “I’ve never thought about it.”

“That’s the experience of being White in America,” he told me. 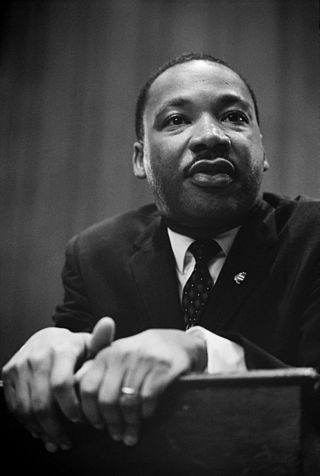 I can now answer the question.  The experience of being White in America is comfortable apathy.  It’s not necessarily malice or stereotyping.  It’s the mere disregard for the fact that you are benefiting from a system which disadvantages others.  The sense of nonchalance in the face of the struggle of a minority, the passive negligence of the other who must work against tougher odds, is the modern face of racism.  We may not have separate bathrooms, but we still have separate possibilities.

Justice is that outward movement of love from a simple compassion for others towards a determination to create compassionate systems and structures.  Love seeks to build a home for the homeless.  Justice seeks to stop future generations from experiencing homelessness.  The blueprint of heaven is not merely for an individualized faith that makes one a better person.  It is a plan for a better world.

Justice means living as though by a set of laws no one else has read.  Becoming a citizen of a new kingdom means living by the laws of that kingdom, even it if is still only a kingdom to come.  It is when employment is free of gender bias, when education is free of political slant, when relationships are founded in respect, society is awash with civility, and classism gives way to abundant generosity that it becomes clear the kingdom of heaven is infecting the kingdoms of this world.  Jesus told us to look for signs of it – that the lame would walk, the blind would see, and the deaf would hear.  Is it any less supernatural when unjustly shackled are free to run, the prejudicially blind are awakened to clarity, and the apathetically deaf become compassionate?  These are the signs that the kingdom under construction is coming to be.

Standing in the Chicago airport, I was bundled in multiple sweaters, coats, and undershirts.  I had been summoned to be a groomsman in a frigid January wedding (for which I never forgave the groom).  I couldn’t wait to get back to my home in Hawaii.  Standing across the terminal from me was an older couple dressed in matching aloha wear, which, in Hawaii, is the equivalent of writing “tourist” on your forehead.  I couldn’t resist walking up to them and asking, “So where you headed?”

They almost shouted, “We’re going to Hawaii!” Of course they were, and everything about them said that they were, from their audacious outfits to their beaming smiles.  They knew where they were going, and they couldn’t wait to get there, so much so that they had already dressed for it.  They dressed themselves in such a way that no one could miss what they were doing, even if someone might be prompted to make fun of them.  And making fun of them wouldn’t have dampened their spirits, because their destination was just that appealing.

Shouldn’t it be that way with the people of heaven?  Shouldn’t we be so dressed for our destination that no one could miss it, so excited about our travels that it just oozes out of us?  The kingdom of heaven is so compelling that we can’t wait till we get there; we have to start living it here. 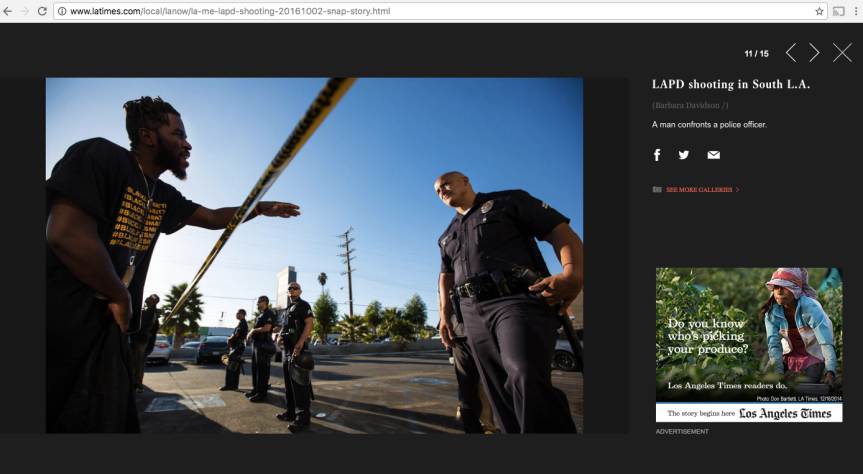 An African American man was shot and killed by police in El Cajon on Tuesday. There was a tasering death in Pasadena. A couple of weeks ago there were protests in North Carolina and uproar in Oklahoma. The story isn’t new, but it’s always heartbreaking.

I want to talk about how we love each other in a politicized, polarized, racially divided country.

I’m in an interracial marriage. Watching my kids explore the idea of race was strange. Earlier this year, my 9 year old son asked my wife, “Are we Democrats or Republicans?”

And my wife very cleverly answered, “You can be whatever you want to be.”

And he replied, quite seriously, “I think I’m going to be Asian.” 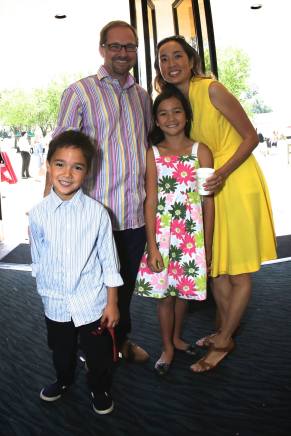 When he was younger, he had to think it through. At one point he said that we, he and I, were White, and Mom was Chinese. And I said, “No, I’m White, Mom’s Chinese, and you’re half,” or, we used the Hawaiian term, “hapa.” But in terms of identity, he has to figure that out.

It never occurred to me that he would have to figure that out.

The experience of being White in America is comfortable apathy.

I’m tutoring an African-American high school student as she prepares for the SAT and her college applications. And she’s writing an essay about what it was like to be Black in an all white neighborhood. She told me that she would be sent to the principal when she hadn’t done anything, and the principal would explain to her, “Well, you’re intimidating to the other kids.”

She told me, “They would call me articulate, and it didn’t feel like a compliment.”

I have friends at church who are police officers. And I’m thankful for them. And I have a sense for what they’ve risked. One of them I met at Starbucks for the first time a few years ago, and he told me, “If you have to do my funeral, I just want you to know who I was.” Imagine having to think that way.

And I’m so thankful for the police officers who serve and protect us. I presided at a wedding for one of our officers today.

And when a police officer abuses power, I hate

the fact that all police officers are branded with the same image. They do that to pastors too. A pastor in the news has an affair and all of a sudden I can’t tell people what I do for a living for a few months.

“Er…no. I work for an international cradle-to-grave non-profit organization that is the world’s leader in child care, elder care, education, hospitals, and grief care.”

“Um…er…church. Are we still cool?”

Most police officers are good people trying to do right, just like you and me, and they suffer stress under pressure all the time, unlike some of us, and very rarely does anyone say thank you.

What the world needs from followers of Jesus is thoughtful, loving responses to a tense society.

Please please please don’t be a Christian that puts up flippant, vitriolic posts on Facebook. That is so unhelpful.

I met a guy a few years ago when I presided at his wife’s funeral. He didn’t have a church and he didn’t have a pastor. I was a friend of a friend. We really connected. We liked each other. He actually swung by my office to see me a couple of times. But when I invited him to church, he said, “Nope. I see what these Christians post on Facebook, and they’re the most unloving things I’ve ever seen.”

So listen people. Stop posting on Facebook like you think Jesus can’t read. And stop posting on Facebook like you think your primary audience are people you want to insult or people who already agree with you. Your words should be crafted for people who don’t know Jesus, who probably disagree with you on a lot of things, and who need you to love them anyway.

And just so you’re not worried – I don’t have any one post or person in mind when I say this, in case you’re sitting there going, “I think he means me…I posted yesterday.” If you’re thinking that, I wasn’t considering you specifically when I wrote this…but Jesus might have been.

I want to love and respect those who are brought up having to think about their identity because they are not in the majority. I don’t want to be dismissive of experiences I’ve never had. I want to make society safer for people who have never felt safe.

And I don’t want to disrespect police officers. There are corrupt police officers and broken socio-political systems. That’s the consequence of a broken, sinful humanity. Jesus told us to love our enemies, and that includes broken, sinful people of every profession, race, and social circle. But there are also police officers who are decent people trying to do what’s right while being hated for it.

It’s really just not mine to judge. It’s my place to love the way Jesus loved. That’s about it.