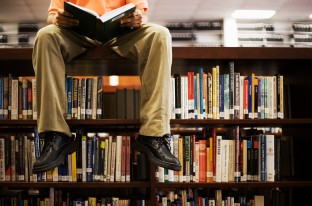 There are those who wholly question the enterprise of Christian apologetics.  The assert that God will call those whom he choses, and apologetics is just a distraction to the work of the Holy Spirit and the revelation of God.  This was Karl Barth’s position.

The idea is prima facie nonsense.  When a missionary travels to another country to proclaim the gospel, she learns the language of the people so as to communicate in terms that they understand.  Apologetics is simply the language the secular world uses to talk about God.  To say we shouldn’t practice a rational defense of the Christian faith is like saying the missionary need not study language, because the Holy Spirit can do whatever it wants.

When I was a junior in high school, a church youth group in which I was participating took me to a weekend retreat in hopes of setting up camp in my heart.  This was in Southeast Texas, and the only people who ran Christian camps there were Baptists.  I remember listening to a firey preacher say quite a bit about hellfire, and I spent a good deal of time after his lectures asking him questions.  Admittedly, I had not read the Bible, and he had.  The Jesus I wanted to talk about was a projection of the niceties I most enjoyed.  He was frustrated with me.  I’m sure I was not particularly respectful or informed or interesting to him.  And after what was probably a lot of patience, he said to me, “Sometimes you have to stop doubting and just believe.” Of course this was a wasted answer on a thinking person.  It was an act of the missionary saying, “I’m tired of learning your language.”

Compassion requires translation.  We must be about the work of addressing hard questions with meaningful answers.  And the cause of Christian apologetics will always be essential.

Socrates: Why the long face, Euthyphro?

Euthyphro: Our previous conversation has made me come to realize there can be no actual virtue, Socrates, nor a god.

Socrates: Gads!  Why not, friend?

Euthyphro: Because if virtue is good because the gods command it, it is merely their arbitrary will.  And if they command it because it is objectively good, then the gods themselves are subject to something greater than themselves.  Thus I conclude that there is no value, and probably no gods anyway.

Socrates: You’ve clearly left port without a sail, sad companion.  With what will you replace the gods and value then?

Euthyphro: With Nature, Socrates, and with Reason.  Nature has brought us into being over the long course of time, and Reason is the pinnacle of our being.

Socrates: That’s a thinker.  I wonder, though, if I might ask you a question about that?

Euthyphro: I’d kind of prefer that you not.

Euthyphro: You know I hate you, don’t you, Socrates?

“Therefore any evolutionary account of the place of reason presupposes reason’s validity and cannot confirm it without circularity.” – Thomas Nagel, Mind and Cosmos, p. 81.

Nate Watkins put together this video, adapted from a page in my book, “God Scent” (2006). My next book, “Hardwired,” will be published by Abingdon Press in September.