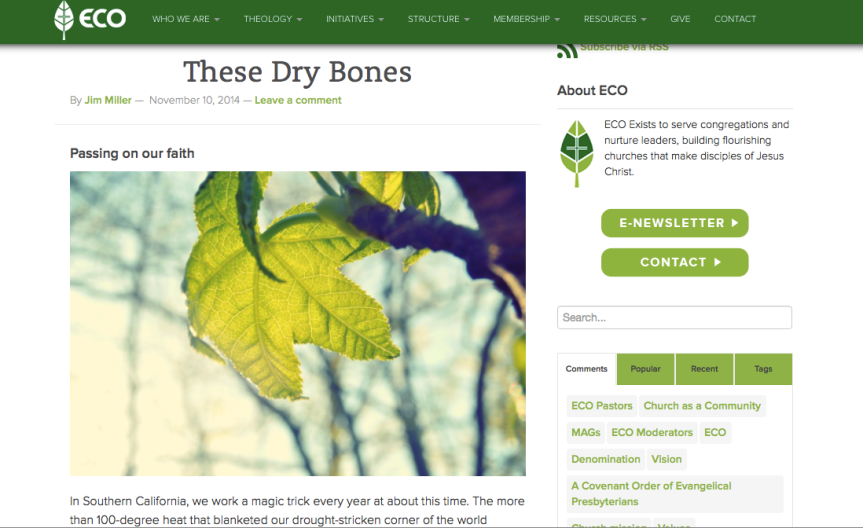 A few thoughts on the call to revive the faith in the next generation.  All hope is not lost.  Read it here….

My sense is that the rising generation is afraid of marriage.  I don’t blame them.  It’s not primarily for selfish reasons (though those are a factor).  It’s because they’re shell shocked after a childhood of divorce and dysfunction.  And then there are the selfish reasons.  Or I talk to young couples who don’t want to have kids, because, for however they word it, they are anxious about moving from a position of independence to a position of vulnerability.

There are a few things that I wouldn’t have learned if I didn’t get married and have kids, and they’re captured in this picture of a couple getting married during flood season in the Philippines.  If I had to pick a picture that pretty much summarizes what life is like, it would be this one.  And part of the reason why I like being married is because it has made me a realist.  Marriage is a good microcosm of all of life.  There’s just no other way to learn these things than to make one’s self vulnerable to relationships.  And my sense for what life is all about comes out in the advice I give to young couples about their weddings before they get married.  I tell them:

My new book is

You plop down on the beach, the kids go spiraling off to the water like dolphins in a boat’s wake, you take an overdue deep breath and stare at the horizon, and that’s the point at which you realize a thought has been hitchhiking in the boxcar of your prefrontal cortex.  It’s been there for a while, but you haven’t noticed it until now.

I remember in the 80s watching the scandals of the Bakkers and Jimmy Swaggart ripple through the late night comedians and into the minds and mouths of my schoolmates.  I was fairly cognizant of the fact that Christians were generally getting smeared.  I read Elmer Gantry for the first time back then.  And I remember saying, “We’re not all like that!”

Since then I picked up a little hitchhiker.

Proves we need a savior.

They made over my favorite Starbucks recently, closed it down for a month and unveiled a new décor.  The décor is, very much like the old Starbucks, decorative.  It’s intended to be mood altering, soothing, and quietly provocative.  Architecture is a pair of glasses that the room holds up to our face to make sure we see it through its chosen lens.  Every shape and curve in the world around us, down to the intentional squiggles in this font, provoke minute reactions in our hardwiring.

What’s curious to me is where Starbucks just went.  They’ve made a geographical move.

The Tuscan colors were reminiscent of old world Europe.  They were meant to harken back to the historical, so much as it is grandfatherly, to be quaint, to whisk us away to a place with short work days and long naps.  It was meant to be a third space that is not only out of the office, it was out of the country.

The color palate has changed, though only slightly.  It took me a minute to see what they had done.  The colors are now more muted and more beige.  The burnt orange and avocado are gone.  It’s now the color of the desert.  The light covers have been replaced with woven basketry.  And the picture on the wall, formerly a partial nouveau sketch, is now a zen garden curled in sand.  We’ve moved from Italy to India.

Traditionally the Starbucks aesthetic is limited to four options: Heritage (worn and dark), Artisan (hand polished woodwork and exposed steel), Regional Modern (bright and lined with fabric), and Concept (experimental).  What may have changed is that last October the company opened their first store in India, and they are cross-pollinating.  They rapidly expanded in Mumbai and New Dehli, and this month they announced that they are targeting most major cities in India.  Market estimates suggest that they may have tapped into 100 million new customers.

What interests me is not the economics but the spirituality.  American morality and theology have gravitated from Europe to India as well.  The churches of Europe are now dusty museums, and religion that appeals to the modern American mind is accepting, assimilating, non-differentiating, and, taken as a whole, polytheistic.  We prefer the non-committal and the omni-commital to the propositional and precise.  We want living and let-living and getting along.  (The irony being that the non-discriminating can bring little rational opposition to bear on a caste system.)

I don’t know that it lay in the back of the mind of whomever our interior decorator was, and this is literary license rather than observation, but Starbucks just caught the wind of culture and are riding it on a carpet.